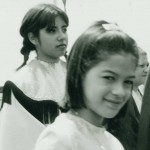 Making History/Faire l’histoire
and
The Educational Research Unit of the Faculty of Education at the University of Ottawa presents:

We looked around the country. The weather was fine. I thought I had never saw such a fine country. I wrote to my wife and told her that I had travelled in many places in my time, but I had never seen any country [as] fine as Edmonton, the country of my birth and that we must come to live here.

A year later, Grant and many of his family relocated to the Edmonton area. Métis family
structures were based on balanced, reciprocal, good relationships with children at the centre of all belonging. We have nineteenth century expressions of home and family embedded in government documents that are the foundation of our oral history about family, landscape, and traditional values. There are likewise oral narratives that have been published such as, “The Woman Who Married a Beaver,” “Jacob,” “Dah Teef,” and “The Red Headed Fur Buyer” which provide insight into the role of family and culture in the lives of the Métis. Through a variety of sources, we can understand not only how the Métis were, but how they understood themselves.
Appointed the Chair of Métis Research at the University of Ottawa, Dr. Macdougall has worked extensively with Métis communities in Saskatchewan documenting their history. The author of several articles and a book, One of the Family: Métis Culture in Nineteenth-Century Northwestern Saskatchewan, (2010), her work has centred on Métis family and culture. In her new role at the University of Ottawa, Dr. Macdougall has been engaging in Ontario-based Métis historical and community research as well as continuing previous work with Great Plains-based Métis societies.
ALL WELCOME/TOUS BIENVENUE

Making History: Narratives and Collective Memory in Education is an Educational Research Unit that advances the production of historical knowledge.